Semis down 6% next year as PC and smartphone sales decline

IDC’s August projection was a 6.5% drop in smartphone units in year 2022. The final number will likely be closer to a 9% decline based on the latest data. IDC expects the PC decline to moderate to a 2.6% decline in 2023 and expects smartphones to recover to 5.2% growth.

The high growth rate was due to weakness a year earlier from COVID-19 pandemic production shutdowns and strong demand for PCs in 2021 driven by the pandemic. PC 3/12 change turned negative in April 2022 and was -7.3% in the latest data from August.

Mobile phone (including smartphones and feature phones) unit growth peaked at 35% in March 2021 primarily due to production shutdowns a year earlier. Mobile phone 3/12 change turned negative in June 2022 and was -4.7% in August.

China electronics production growth had slowed to around 8% in May 2022 to August 2022. 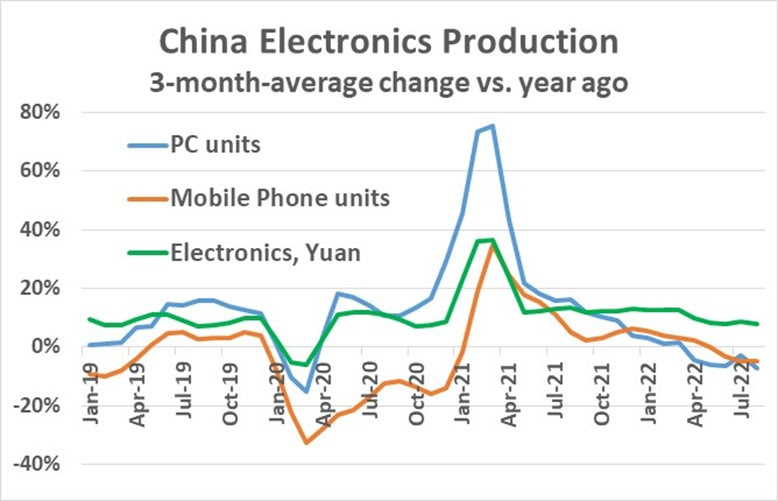 Electronics production in other key Asian countries has also been showing slower growth.

Japan electronics production has been declining since October 2021.

Taiwan is the exception, with electronics production growth reaching 24% in August 2022. 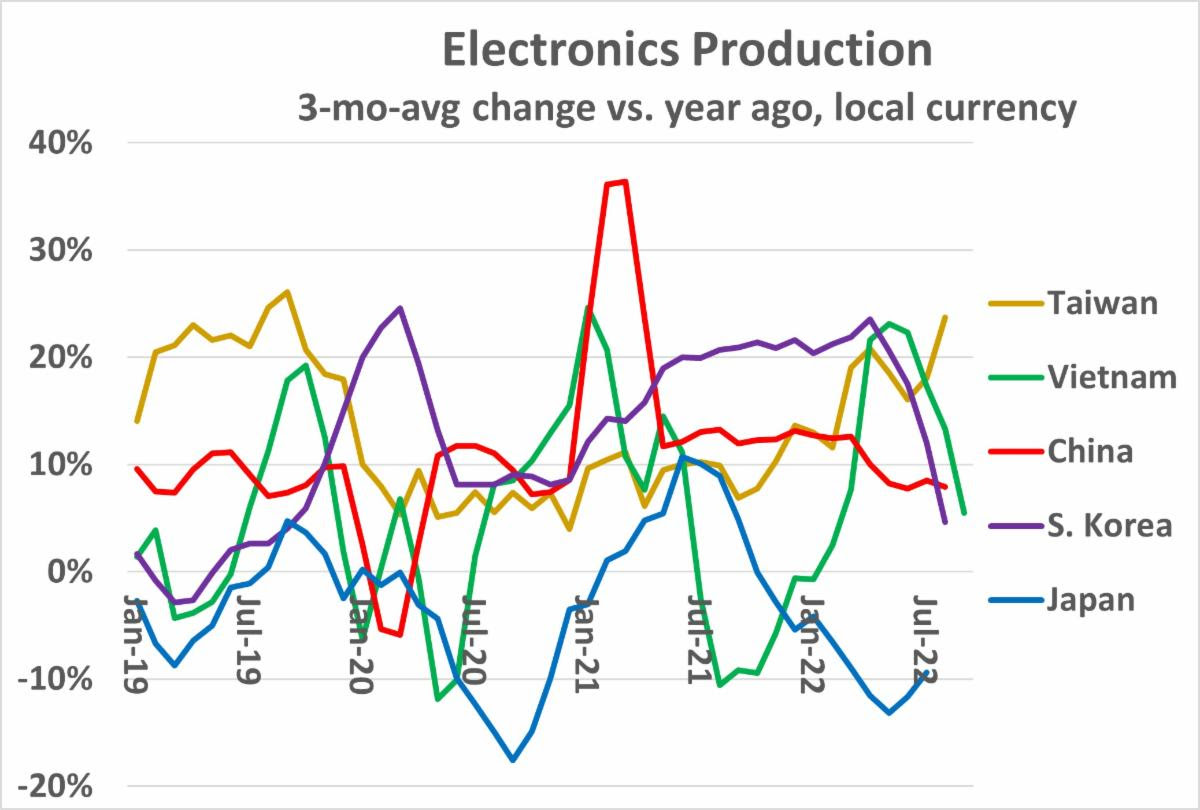 Unlike most of Asia, the U.S. and Europe have experienced accelerating growth in electronics production.

Electronics production trends in the United Kingdom and the 27 countries of the European Union has been volatile over the last few years due to Brexit and the pandemic. 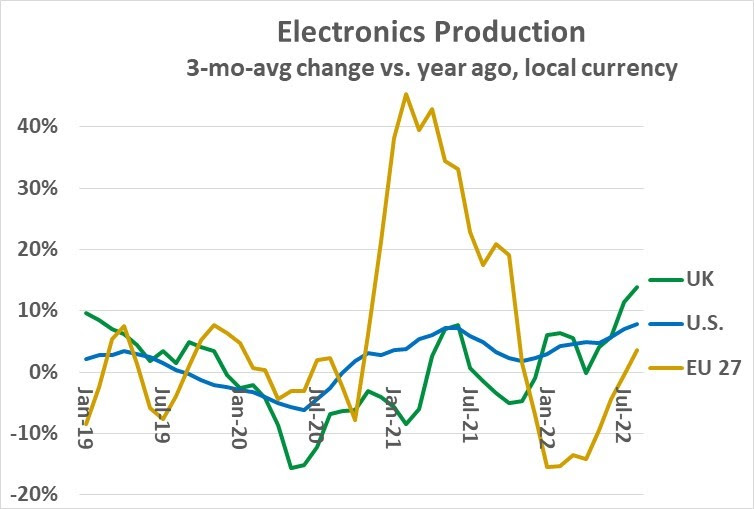 Automotive has been a growth area for electronics in 2022 as other key drivers have slowed down or declined.

However, automotive is beginning to show signs of weakening.

The 2022 projection is up from its July forecast of 4.7% primarily due to improvements in supply chains, particularly in China.

Production in 2021 and 2022 has been limited on the supply side due to shortages of semiconductors and other components.

Production in 2023 will be limited due to weakness on the demand side.

High inflation, rising interest rates and the risk of recession are expected to negatively impact consumer demand for new vehicles in 2023. 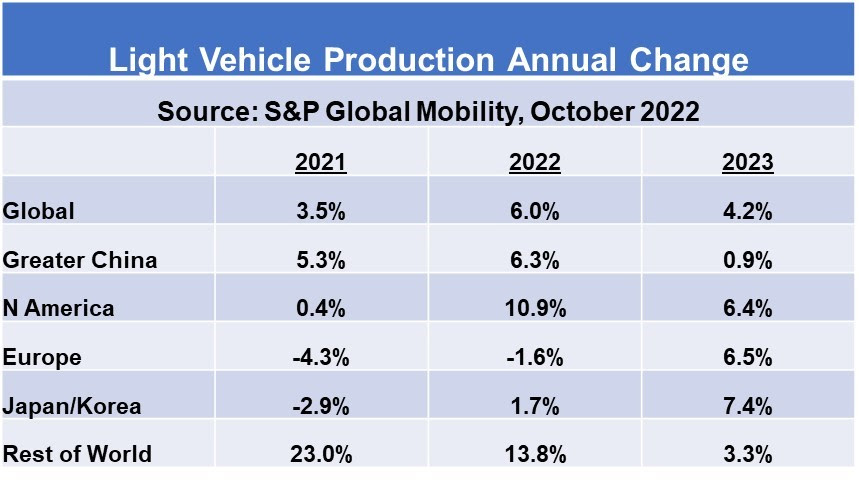 An August 2022 survey of chief economists by the World Economic Forum showed 73% believed a global recession was likely in 2023.

Bloomberg’s October survey of 42 economists shows the probability of a U.S. recession in the next 12 months is 60%. However, Bloomberg’s economic model shows a 100% probability.

SI’s current forecast for the semiconductor market is a 6% decline in 2023. However, most of the risk is on the downside.