Photographer Carell Augustus has reimagined Black actors as the stars of classic Hollywood movies in a groundbreaking photography series.

For the last decade, Augustus has created portraits of Black actors recast in iconic Hollywood films like The Shining, American Psycho, Mission Impossible, and Breakfast at Tiffany’s.

Augustus saw the project as a chance to address an exclusion that persisted well into the 1980s when he grew up watching mainstream hit movies like Back to the Future and Say Anything. In the book, which was published earlier this month, Augustus takes some of cinema’s most memorable images and casts them with Black actors and actresses, placing them in spaces that have been long denied to them.

“Black Hollywood is a statement about representation. It’s important to me that Black people, especially Black kids, see themselves in ways that I hadn’t when I was growing up. If you never see yourself somewhere, it’s hard to imagine ever being in that place,” Augustus says.

Black Hollywood features more than 65 prominent Black actors and artists, including Vanessa Williams as Cleopatra, Amber Stevens West in Breakfast at Tiffany’s, Blair Underwood in The Shining, Omari Hardwick as James Bond, Jay Ellis in American Psycho, and Garcelle Beauvais in the Addicted to Love” video.

The book’s aim is to create an immersive experience that renews readers’ appreciation of the past while asking questions about representation in media, and inspiring the artists of the future.

“I wanted to make an impact with my art as an African-American and reimagine Hollywood history by recreating famous movie scenes and iconic images of Black celebrities and entertainers,” Augustus tells Entertainment Weekly when asked about his inspiration for the photo series.

“Over the past ten years, of cultivating this project, I’ve found that it’s not always easy for people to comprehend — and whether they get it or not turns out to have a lot to do with the color of their skin,” Augustus adds.

“My white friends asked a ton of questions. Why are you doing this? What’s the point of imitating something that has already been done? Black people, though… they get it. They understand the power of seeing someone who looks like you doing something incredible, and being recognized for it,” he continues. 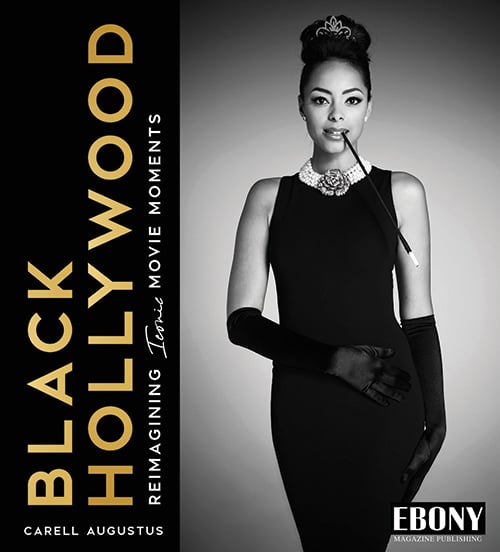