Pixhawk 5X and 6X are reliable and powerful flight controllers which can be used to control a wide variety of vehicle systems such as drones, rovers, and submersibles. The Pixhawk is based on the PX4 open-source flight stack, which is developed by the PX4 project and designed to run on a variety of hardware platforms. The Pixhawk is widely used in the DIY drone community, as well as in commercial and research applications. It is known for its reliability, flexibility, and performance. Both the Pixhawk 5X and Pixhawk 6X have a variety of features and capabilities, including support for a wide range of sensors and peripherals, multiple communication interfaces, multiple flight modes, and support for different types of vehicles.

“The Holybro Pixhawk RPi CM4 Baseboard combines the Pixhawk FC module with the Raspberry Pi CM4 companion computer in a compact form factor with all the connections you need for development,” the company explains. “It follows the Pixhawk Connector and Autopilot Bus Standard, allowing easy swap of FC Module with any FC that follows the Pixhawk Bus Standard. The FC Module is internally connected to RPi CM4 through TELEM2, and can also be connected via ethernet cable with an external cable provided. It is compatible with the Pixhawk 5X & 6X flight controller module.”

Features and Specifications of the Holybro Pixhawk RPi CM4 Baseboard Include: 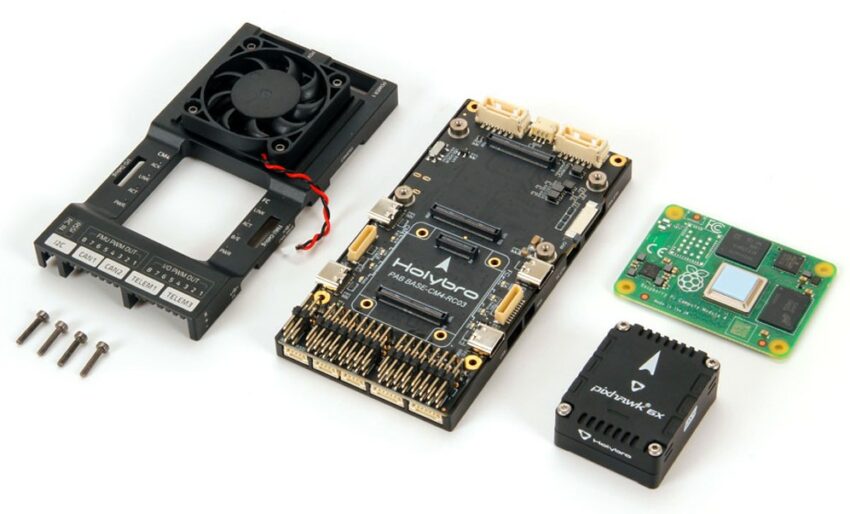 The RPi CM4 is powered with the PM03D power module via a 4-pin to USB-C cable. The power module comes with up to six XT30 connectors for motor ESCs and battery and a selectable 8V/12V triple row pin header for powering peripheral devices. It is compatible with the Pixhawk 5X and 6X flight controllers.

The company is selling the product for $279 and it comes with the Pixhawk RPI CM4 Baseboard, a cable set and the PM03D Power Module. There’s a second option which is offered for $590 but it comes with a Pixhawk 6X Flight Controller Module. You can check the product page for more information on purchases.

Other useful details, however, including the installation guide, tutorials, and RPi CM4 Flash guide can be found here.

Is It Important To Buy A White Labelled Gojek Clone App?